The cardiac isoform of Troponin I (cTnI) is used as a gold standard as marker of acute myocardial infarction (AMI). The region 24-40 aar of cTnI is a perspective target for monoclonal antibodies (MAb), because it is less affected by the action of autoantibodies and is not hindered by the other components of troponin complex. The majority of this region is also unique to cardiac isoform, which increases the probability of obtaining of highly-specific antibodies without cross-reaction with two skeletal isoforms.

The new technology combines the reliability of the hybridoma approach with rapid and flexible gene engineering method, based on the natural immune response of rabbits. Combining a recombinant rabbit MAb with a conventional mouse derived MAb in a sandwich type immunoassays also helps to mitigate the effect of heterophile antibodies.

It is generally considered that rabbit derived antibodies often have higher affinity than mouse derived antibodies. High affinity is especially important in assays where the concentration of the biomarker in sample is very low – such as in the case of cTnI.

The cardiac troponin I epitope region 24-40 is widely used as a target in commercial cTnI assays. The new MAbs being paired with antibodies specific to other epitopes can be used for the development of sandwich immunoassays with superior sensitivity limit of detection (LoD) being better than 1ng/L (figure 2) and high specificity without cross-reaction to cardiac troponin T or to skeletal isoforms of troponin I up to 1µg/L. 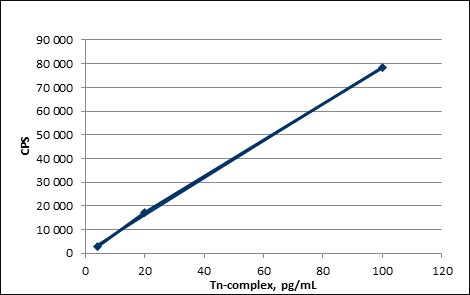 The recombinant rabbit MAbs are available in bulk quantities, which makes them suitable for commercial diagnostic immunoassays. In addition, we provide two murine derived MAbs 1017cc and 1039cc that also show good performance with our existing catalog products. 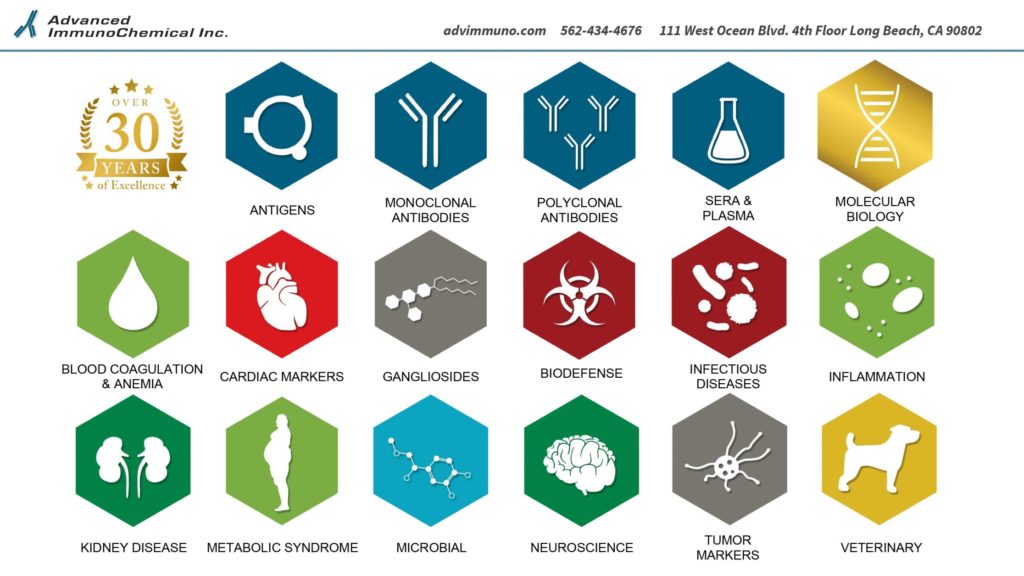 If you are interested in receiving further information or have other questions, please contact us by e-mail at info@advimmuno.com.

All posts by Advanced ImmunoChemical ›

All products manufactured according to ISO:9001:2015 standards.
Click to view certificate.